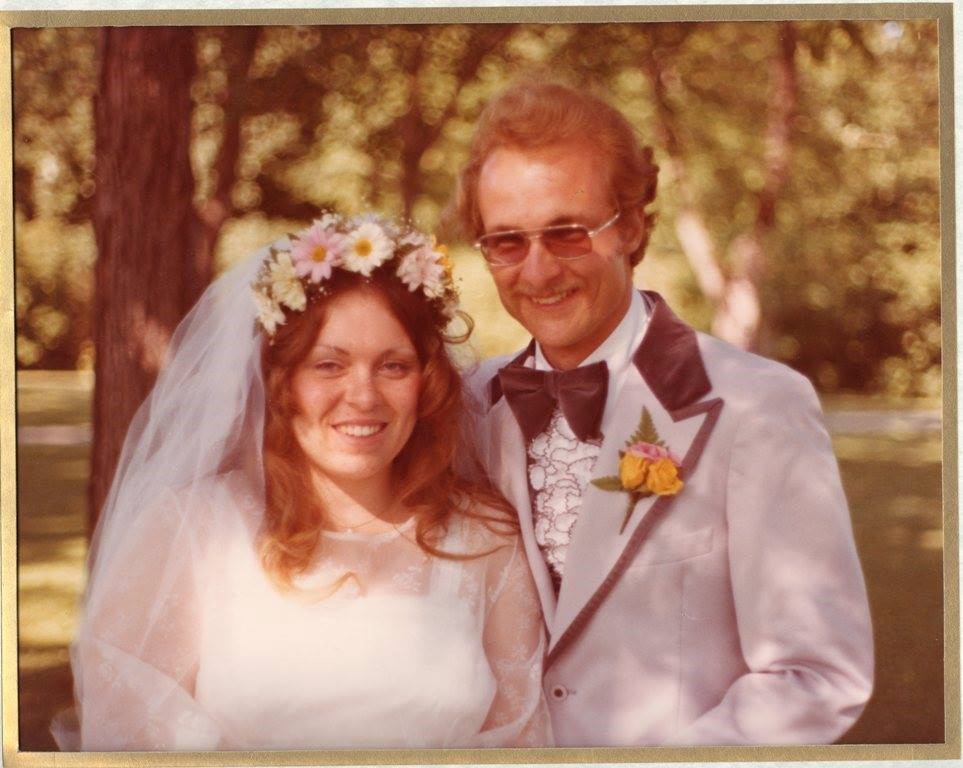 We met through the mail when I was 15 and he was 21. He was in the Navy and I was in high school. Just before my 17th birthday we decided we wanted to get married, then got officially engaged on my 18th birthday, and married the next summer on my parents’ 25th wedding anniversary – July 3, 1976.

We’ve now been blessed with forty-three years of marriage and two children, Matthew and Elisabeth. We’ve seen God provide godly spouses for each of them. Icing on the cake…before long, the Lord blessed us with grandchildren: three grandgirls and three grandboys.

We’ve also been blessed to put down roots in only a handful of places: one apartment and three houses we have called “home.” I remember back in 1977 we discovered a little gem on 49th Street that would only cost us $10 more per month than we were paying in rent for our little furnished apartment. It wasn’t very big, but it was ours and perfect for our little family of three (soon to be four). God provided then, and He still provides for us now.

Over the years we’ve owned our fair share of pets (thankfully, not all at the same time) : one guinea pig, one cockatiel named ‘Jingles’, two gerbils named ‘Digger and Aaron’ (apparently NOT brothers, as evidenced by their very large family), one hamster named ‘Houdini’ (he actually did disappear and we’re really not sure where he went), two “free” dogs (Dusty and Hooch), and one porch kitty who adopted us three summers ago.

On this day, our 43rd wedding anniversary, I could think of no other person on earth who is as perfect for me as this man. May the Lord bless us with more years to walk together in love, as Christ loved us.

Ephesians 5:2:”And walk in love, as Christ loved us and gave himself up for us, a fragrant offering and sacrifice to God”.
Life is Good!

Home is Where the Boat Is

A daughters journey with her mom having alzheimers and dementia.

A blog about life in Wellington, New Zealand

Before I Forget: Sharing my love for God, family, gardens and my sweet Momma

Philosophy is all about being curious, asking basic questions. And it can be fun!

learning, growing, and learning more -- life on the Olympic Peninsula