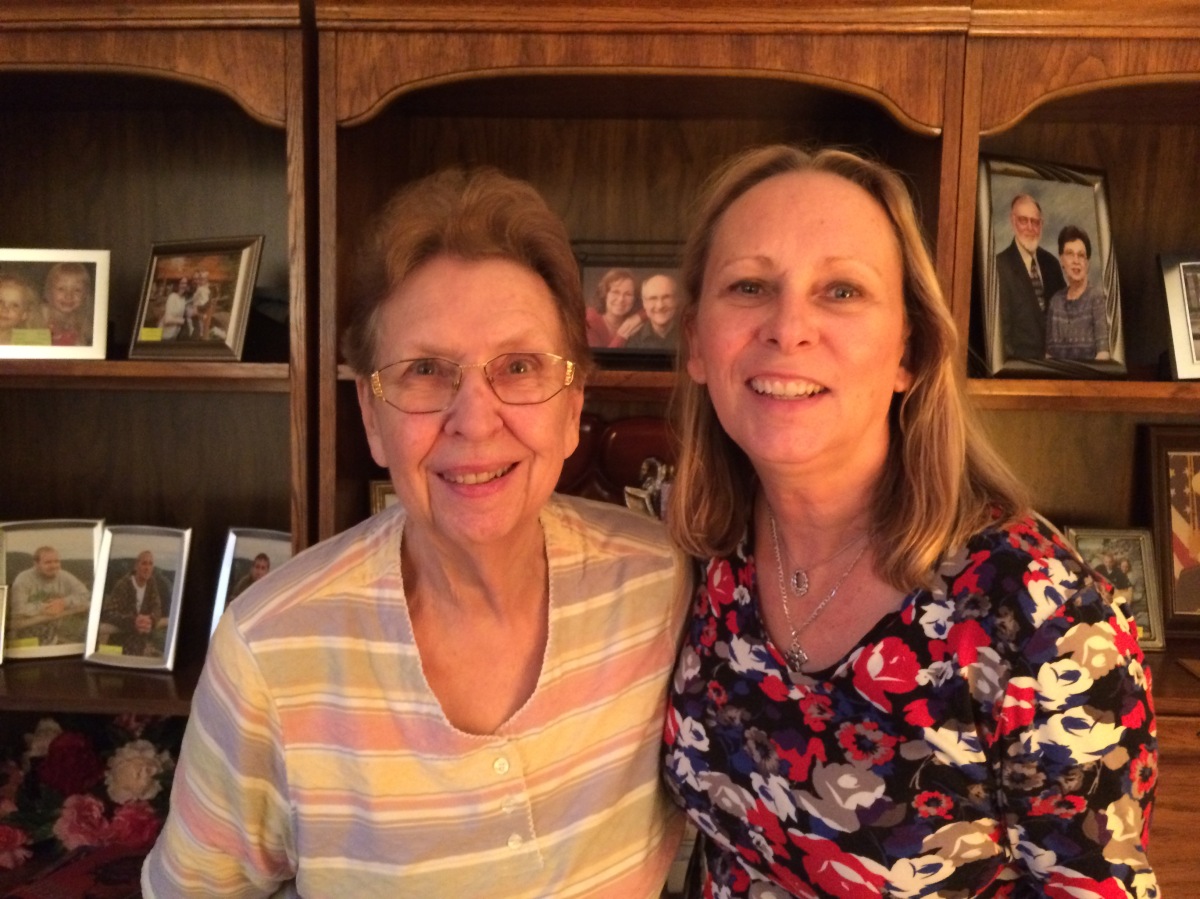 “This is Charlotte Boyles! I need help!”

That was the 4-something a.m. frantic call of Momma, who had spent all night keeping an eye on the intruders in our kitchen. My sister Vivian, on overnight “mom duty” at the time, answered from her upstairs bedroom, “I’m coming Mom!” Vivian listened to Mom’s report of suspicious activity coming from the kitchen, attempting to assure her that all was well and our home was secure. Mom was convinced beyond any shadow of doubt that there were thieves hiding in the kitchen’s pantry; she had seen them with her own eyes and had heard what they were saying. Vivian did a walk-through of the kitchen, opening and closing the pantry cabinetry and its swing-out interior doors to check inside. Nothing unusual there, but Momma still believed ‘they’ were here hiding in there somewhere.

Momma said she had a phone in her purse, and she wanted Vivian to call the police. The phone was actually the remote control for the TV. She had other emergency items packed in her purse…just in case, including a pair of scissors she would use if she had to jab her way to safety. Vivian escorted our frightened Momma back to her room, closing the draperies on the windows and doors. She stayed in the chair beside her, bringing an extra measure of security.

During all of this excitement, I slept peacefully in my bed upstairs. It was nice to have my sister on duty for this one. Both my husband and my bleary-eyed, sleep-deprived sister told me all about the adventure when I woke up.

My brother had a dental surgery appointment that morning, so I would be busy taking him to and from that appointment. While I waited for him in the surgeon’s waiting room, I made arrangements over the phone with mom’s doctor to have her urine tested to check for urinary tract infection, the usual cause for hallucinations of this magnitude. Sure enough, a few hours later, the doctor’s nurse called with the results and to let me know they had called in a prescription for me to pick up at my pharmacy.

Sleep should be less eventful for Momma in a day or two. I hope.

I try to look for “joy” in the midst of these sometimes challenging caregiving days. Admittedly, it’s sometimes hard to find the joy on days like this. But it was there nestled in something my sister showed me later in the day. She said, “Oh, Mom had this in her purse too. She wanted to save it from the robbers for you.” Viv held out a coffee mug. Not just any coffee mug. Momma had commented on the beauty of this particular mug a few days prior. I had told her it was a gift from a very special friend. As I took the Polish pottery mug from my sister’s hand, I was astounded that my mother would remember that this mug was so special to me. And even more flabbergasted that she would seek to save it from the very real (to her) robbers in our home.