I sometimes leave a little treat on the kitchen countertop near mom’s chair where she can enjoy ‘discovering’ the snack. Being able to help herself to something yummy gives her a much-needed sense of independence. Very important when, one by one, here a little, there a little, her ability to exercise independent decision-making is being stripped away.

Momma has long since lost the ability to cook; a bit sad since she was such a great cook.  Using an oven or cooking something on the stove-top would be dangerous. Truth is, she can no longer even use a microwave to fix herself a cup of tea or rewarm something she might find in the fridge. Only a few years ago, this amazing woman would cook big meals for her family and friends. Today, Alzheimer’s has left her completely dependent upon us to make sure she has the food she needs for daily sustenance.

I have discovered one secret to being a good caregiver. Wherever possible restore the dignity of making a choice. In this time of life when everyone is making important decisions on your behalf, being able to make even a small decision on your own is vitally important. 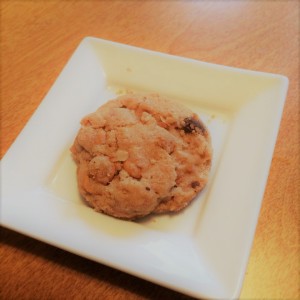 My Facebook friends may remember this story. One day, not long ago, I left a cookie for my mom on a little white plate. Mom spied the treat on the countertop and gingerly carried it to her spot at the kitchen table. Everything in me wanted to help her carry it to the table. I let her handle this on her own, but stood nearby and at the ready should she need my help. Mom then plopped herself into her chair at the table. Then, in a sweet, melt-my-heart moment, I watched as she held the cookie between the fingertips of her prayerfully clasped hands, closed her eyes and quietly prayed,

“Thank you Lord for this cookie, this sweet treat. And thank you for this nice place to be. In Jesus name, Amen.”

I like to do a bit of cooking and puttering in the kitchen in the first part of the week. I may even do a bit of baking. But, unless we’re expecting company, my fun in the kitchen only lasts until Wednesday or Thursday. That’s okay though. Weekends are made for leftovers. END_OF_DOCUMENT_TOKEN_TO_BE_REPLACED 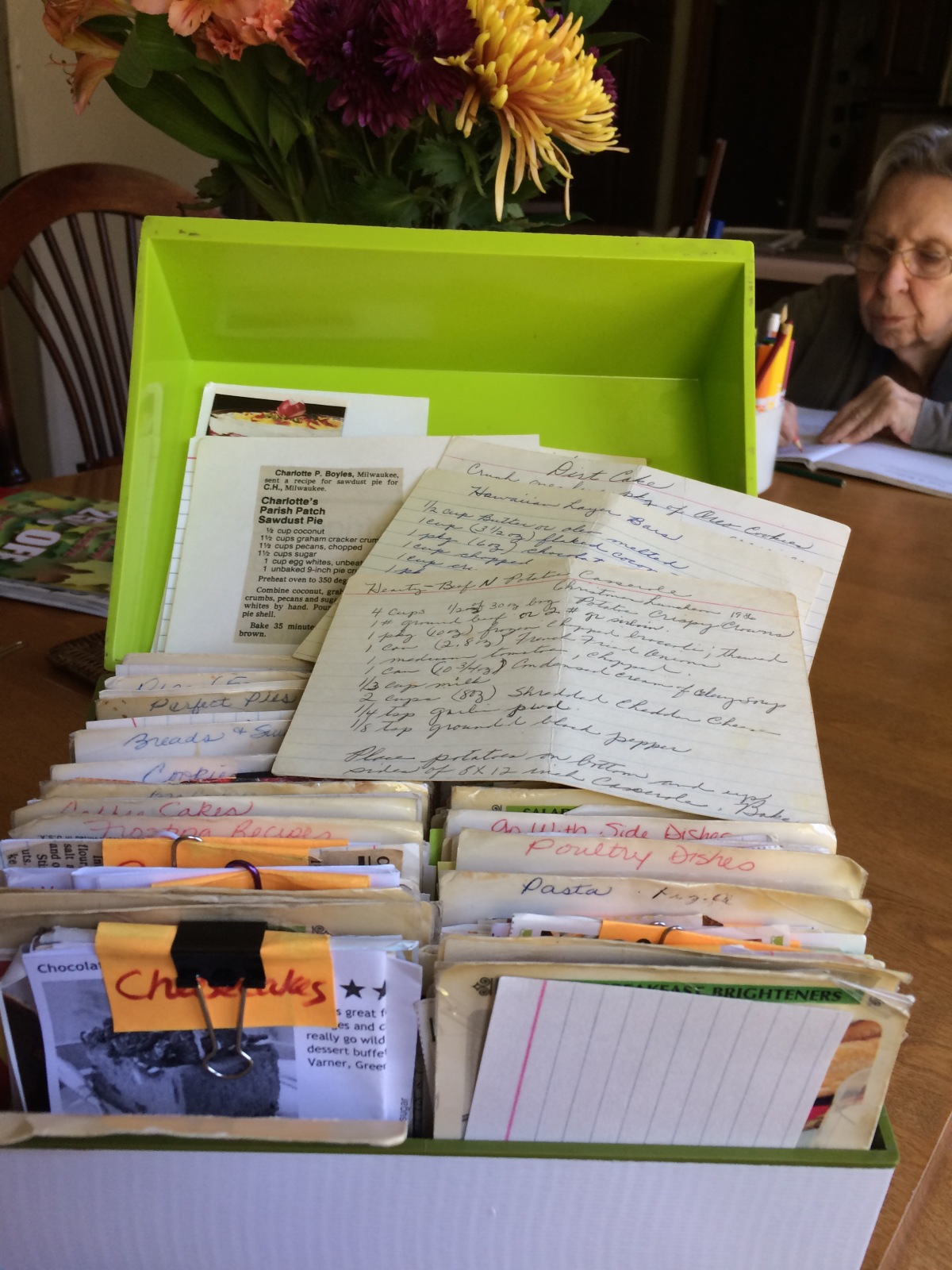 The phone rang on Saturday morning. I answered, already knowing it was my dear mother, and I could almost guess what she would ask. She had a hair appointment every Saturday morning and would go grocery shopping on her way home. “So, how many names should I put in the pot?” That was mom’s way of asking us to come over for dinner.

It was our family tradition most Saturday evenings when our children were tweens and teens. Sometimes we’d hop on our bikes and pedal the 3 miles over to my parents’ home. Other times we’d pile the kids and the dogs in our car or mini-van and make the short drive to Mom and Dad’s place. Our Cocker Spaniels would be hanging their heads out the window, long ears flapping in the wind, their little nugget tails a waggin’, sniffing the air, and dancing with excitement when they sensed we were to Grandma’s street. Sometimes we’d purposely drive by the 105th Street turn-off and the dogs (one dog in particular) would cry and whine until we made a U-turn and turned on the right street. Momma would always have a treat for those granddogs…and they knew it. Sometimes just a dog biscuit or two (my dad always lost count of how many dog biscuits he’d toss them), or a little rawhide chew, other times a pig’s ear for each of them (their favorite)! 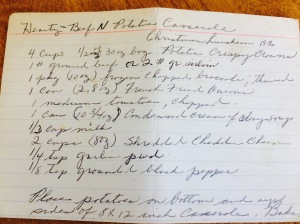 And Momma always had something delicious for us. Her barbecue spare ribs were fall off the bone scrumptious, and she made a homemade potato salad that became one of her most-requested recipes. She sometimes made a casserole we all liked; usually something she called Yumasetta (said to be an Amish recipe), or a taco-ish dish covered in Frito’s corn chips, or “Hearty Beef N Potato Casserole,” a recipe that was served at a Christmas luncheon at her church in 1986. On a hot summer’s eve, she made this seafood pasta salad that was better than any I have ever had. Oh, and her potato soup. Oh, my! Her creamy potato soup was SO good that our daughter Beth wanted it on her 15th birthday menu – along with crescent rolls (from a can), deviled eggs, and cherry juice!

Sometimes I’d bring a side dish or a dessert, but Momma usually told me I didn’t need to bring a thing. “Just bring yourselves,” she’d say. I think the kids preferred when I didn’t bring dessert because they knew they could count on Grandma having a favorite treat in her freezer – a Klondike ice-cream bar, which can best be described as a huge chunk of ice cream covered in a thick shell of chocolate. And if Grandma was out of ice cream, Grandpa Boyles could be counted on for a cookie (he always kept a stash in a Tupperware by the back door to share with the kids in the neighborhood, who sometimes affectionately called my kind-hearted dad “Cookie Monster.”)

We’d usually just watch a favorite television show or two together. I can’t remember what all we watched, but recall “The Dukes of Hazard” and “Dr. Quinn, Medicine Woman” being part of the line-up at one time or another. I mostly remember the lovely feeling of coming home to the house I grew up in, and being thankful that our children had grandparents close by – something I didn’t have when I was growing up.

I have a few of Momma’s favorite recipes filed away in my recipe box. I can almost duplicate her creamy potato soup, but have never come close to duplicating her potato salad. Nowadays, Momma no longer cooks, as I wrote about in my story, “When the Good Cook Can’t” some time ago.

Yes, the table has definitely turned. Momma now lives with us and enjoys meals at our table. My children are all grown up and have homes and families of their own. Now they pile their own kids in their own mini-vans (no dogs, though) and come over and cook for her too, as they have opportunity. We are so thankful that we can do this for her as she wrestles with memory loss related to Alzheimer’s.

Momma, now it’s our honor and privilege to return the abundant blessings you lovingly showered upon us. May we be as gracious, open-hearted, and generous as you. 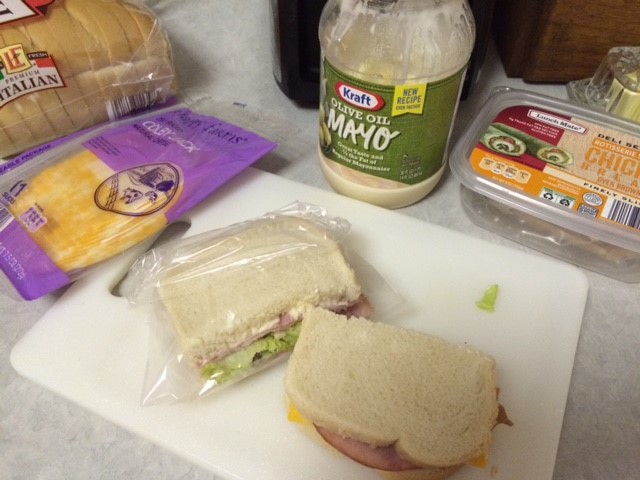 Oh, what a year this has been.

It’s hard for me to believe that a year ago, Momma was still living in her apartment on her own. Things changed rapidly after I wrote the post below. Momma lives with us now, but she still desires these “little sandwiches” over any other food I could possibly prepare for her.

If you have ever been to a Spring Creek Church potluck fellowship, you probably could recognize my Momma’s dish at the end of the potluck. It was always empty.

END_OF_DOCUMENT_TOKEN_TO_BE_REPLACED

Join 440 other subscribers
Walking the path

ruminate vb. to chew (the cud)

Flora and fauna in a North Carolina garden.

Seeing God's Glory in His Glimmers of Grace

We're getting off the interstate and looking for life, love,and laughter on the back roads.

Your best garden tools and tutorials.