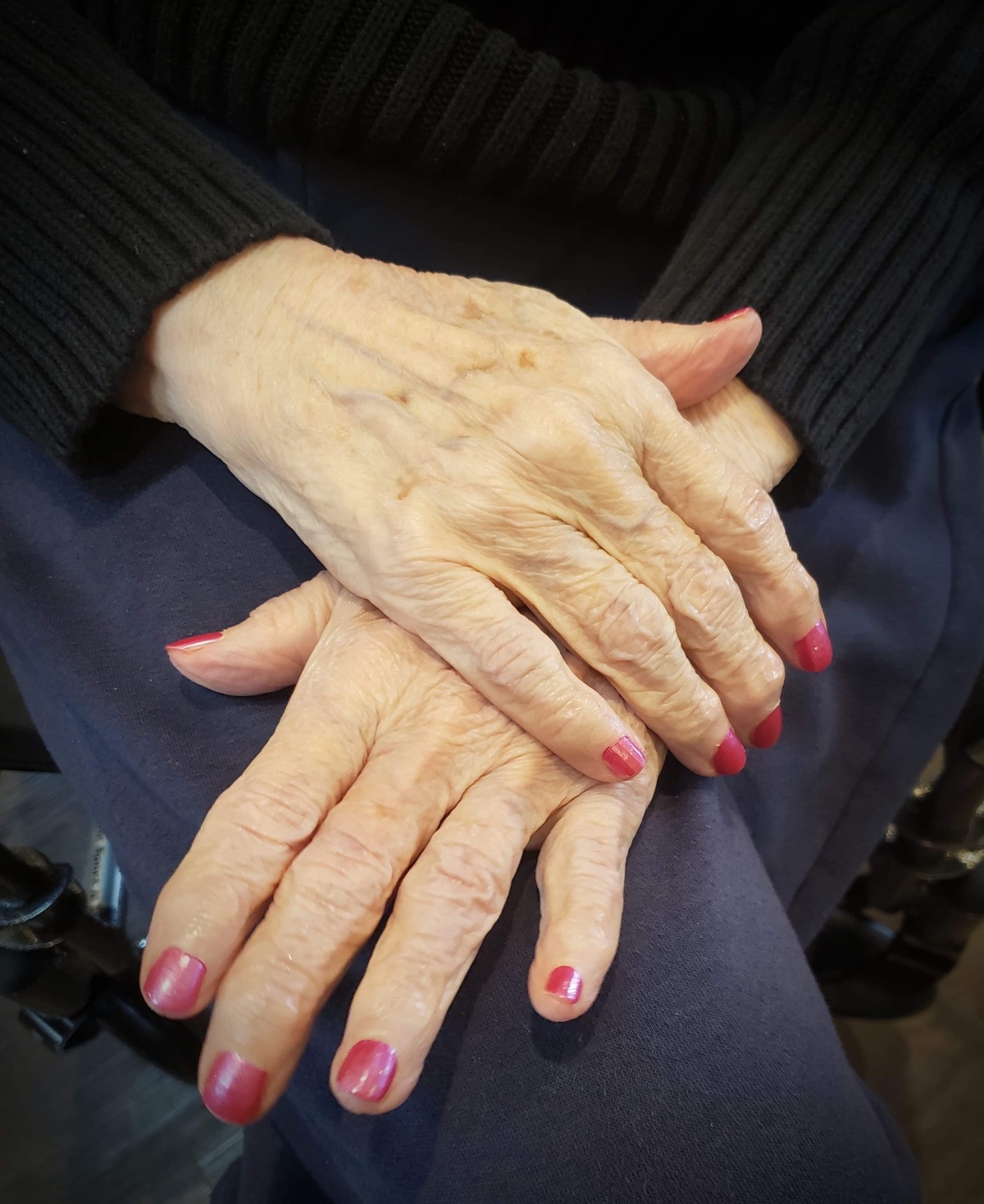 Since our nation, along with much of the world, is in “stay home” mode so we can stop the spread of COVID-19, a very real threat to public health, I decided it was time to work on one of my unfinished projects – a photo album. It’s a heritage album, I guess. A place where I am putting together memories that my mother has long since lost and that I hope to keep for her.

While working on my special album, I found something very special and totally unexpected. The dictionary calls moments like this serendipity: finding something amazing when you are not looking for it.

My serendipitous find happened while I was flipping through a pocket-folder where I had tucked various photos, cards and personal letters mom had kept through the years. I had always hoped to find time to examine them more closely at a later date. That day had now arrived.

As I thumbed through the folder, my eyes fell upon something lovingly familiar. It was one of my great-grandmother’s many handwritten notes. I would recognize her handwriting anywhere. I sat down at the kitchen table to read it. I first examined the lovely floral note card on which it was written, and remembered having received little notes from her on that very same stationery. This one was addressed to her granddaughter, my mom, and its content was sweetly characteristic of her newsy and thoughtfully written notes. Like many of her era, great-grandma always used a fountain pen – which I thought looked extra-special. This particular note was undated, but in the same general pile as another letter she had written to my brother in 1972. As I read the final paragraph, my eyes stung with the tears of realization that I was quite possibly reading the treasured last note my great-grandmother had written to my mom. I pondered the last sentence, which read:

“I will always remember my Charlotte and her hands.”

As I read the last sentence, I wished I knew the story behind those words. In what special ways had my mother’s hands touched her grandmother’s life? Suddenly, I remembered a photo I had taken that very day. It was this photo of my mother’s beautiful hands. I snapped the picture because I didn’t want to ever forget my mother’s gentle, loving hands either.

Nearly three years ago, several large Rubbermaid bins filled with photo albums, loose photos, pictures in envelopes, boxes and tins made the move along with my mother from Milwaukee to Fitchburg. As time and energy allows, I am sorting through these photos – some of them from several generations before hers. Though it slows my progress a bit, Momma enjoys flipping through the photos and “helping” me sort them too.

Photos of mom’s childhood and early adult years will sometimes prompt a story or two. Alzheimer’s keeps her from remembering the name of the city where she had lived for the past 60 years, or even what she had for lunch, but she can remember the names of aunts and uncles she hasn’t seen in years, along with a few of the details of events from her childhood. END_OF_DOCUMENT_TOKEN_TO_BE_REPLACED 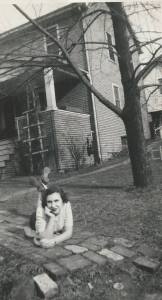 Facebook Journal Entry – February 2, 2016
Today could have been a very discouraging day. It seemed the Enemy was definitely intent on throwing into my path every obstacle he could muster as I tried to minister to my mom and brother.
It was obvious to me that from the moment mom awoke, her state of confusion was worse than I had ever seen it. As she stood in the middle of the kitchen of the home she and dad had built in 1962, she looked at me and said, “I’m really in a fog. I can’t remember where anything is. This doesn’t even look like my kitchen.”
My heart sank. Mom’s dementia was on the move again, claiming another piece of her short-term memory – and maybe even a little bit of her long-term memory as well. Together, we made it through the morning, enjoying one another’s company and figuring out life’s little dilemmas like, “Who took ALL the pens and pencils in this house?” Momma was now ready for one of her frequent naps.
While Momma napped, the next thing on my agenda was a trip to the VA hospital where my brother is a patient. My mission was to speak with the Social Security Administration (SSA) in a second attempt to set up an on-line account for Brad so I could help him apply for disability and monitor communications from home. [Last week’s previous failed attempt included getting “locked out” of his account and an unfruitful phone call to the SSA to unlock his account – a long story, complete with a one hour 20 minute hold time and a lecture about committing fraud where I was admonished that Brad needed to be present in the room while I was working on helping him.]
I arrived at the hospital armed with my generally trusty laptop and fully charged iPhone, parked myself at Brad’s bedside, and made the second call. Thankfully, our hold time was just 35 minutes and we were able to speak with a very kind and helpful representative named Brandon. In the end, even Brandon was unable to help me accomplish my goal, but he did assure us that we would be asked the very same questions at our phone interview on February 15.
Kind of frustrating. As frustrated as I was, I did recognize that even this situation was an answer to prayer. It was not the answer I was looking for, but a closed door is still an answer. I have every confidence God will open the right door in His time.
When I arrived back at Momma’s house, I was dismayed to find yet more evidence that mom was experiencing a very bad memory day. Mom was fretful and talking about “all the kids” who were visiting her yesterday. There were “so many” of them. According to mom, they were well behaved enough, but messy. She said she enjoyed spending time with each one of them, but now she was left to find where they had put all her stuff.
Sadly, there were no kids here yesterday…or any time in the last several weeks (unless you want to count her 55 and 58-year-old daughters in the kid count). Mom’s “stuff” was indeed missing. Not only were all of her pens and pencils missing again, but so was her checkbook, her shampoo, and nearly every Kleenex box in her home. Mom accused “the kids” of taking her stuff. She accused “those girls you hired” of stealing her Kleenex, complaining, “They should really bring their own.” She even accused me of using up her shampoo.
The truth is, the increasing paranoia of dementia makes Mom hide her own stuff. Her pens and pencils were tucked in her dresser drawer. The checkbook was in her purse where it belonged, but her purse was hidden. Her shampoo was sitting on top of her dresser, rather than in the shower. And the Kleenex boxes were stacked up in the corner next to her favorite chair.
Yep, it was definitely a very discouraging day. Thankfully, over the past several months, God has impressed upon my heart the need to look for joy in the midst of life’s difficulties. It’s always there. I sometimes have to look a bit harder, but I can always, always, always find joy.

Today’s joy was found in seeing my brother looking content and better than he has since Christmas. I felt it in his heartfelt “Thank you for all you’re doing for me and Mom, Cin.”

That little bit of joy would have been enough for me to treasure in my heart, but God had more in store.
When I walked in the door with arms full of groceries later in the day, I found Momma standing in the kitchen in the same spot where earlier in the day she had stood in a scary state of confusion. This time, I found Momma experiencing absolute delight having just received a phone call from Jean, one of her friends at church. Jean told Momma she was planning to visit her on Friday and she would be bringing Momma’s friend Bev. We added that special bit of joy to Mom’s calendar so Momma can smile every time she looks at it.

But God still was not finished. Momma had also received some mail – a very special Valentine from her very thoughtful sister. My Aunt Carolyn had also enclosed several old photographs from Momma’s younger days. Each picture evoked a crisp as can be memory and story for her to share with me. Incredibly special moments in time.

Thank you, dear God, for infusing incredibly difficult days with even more incredible bits of joy.